the universe is a strange and wonderful place

and it brought you to me. i don't expect this post to make much sense to anyone, but if it does, that's great. thank you. a million times, thank you.

the wind is taking me to and fro...
where i will end up, i don't know.

and in other news:
am just feeling super over-extended. if it's not personal extra-curricular activities, it's professional. am just wishing had time to breathe.

i only miss you every day

Posted by calitexican at 12:51 PM No comments:

catcallin' while strollin' on city sidewalks...

as i grow older, the catcalls are not as obvious. i would like to think that is because of the more informed, aware and mature male folk. i am getting older, so i do think some of the catcalls are getting reserved for the younger generation. ugh. that is a burden i do not want to pass onto my younger sister-folk.

i noticed two types today as i was walking, rather fast, to meet up with a friend after saying goodbye to another friend:

1. three guys walking on the sidewalk as i am walking towards them. the three exchange glances as i power on through. the guys, being a bit older themselves, say, "hello," "hi, have a good night." i have to say, this is the more mature catcall, so when males say this to me, i do respond to try to have this positive reinforcement for all females who are walking about their business. i say, "thanks, have a good night." revolutionary? perhaps. i like to think that the guys may have had some talking to in the past as to what is and is not appropriate. i did hear them chatter about me as i walked past, but it wasn't derogatory.

2. there were another set of three guys hanging out together as i continued walking. (all of this catcalling was on the same block, i might add). i was still processing the relative politeness of the last "catcall" when one of these three said, "wow." they all looked at me up and down like i was a piece of meat when i passed. i walked by them without saying a word. the one that said "wow" presumably said, "did she hear me?" and they were like, "no, i don't think so." and he said, "but she looked at us out of the corner of her eye." and i did. cause grossssssssssss. and then the other two were assuring him as i shuffled away that i hadn't heard him and i wasn't looking at him.

why would they want to encourage that catcall other than he, perhaps saw me as a passive piece of meat that would not respond. and i didn't, but not because i'm passive. he was exercising his male power in our masculine society that puts me on the bottom, and i do not like being singled out for being female. (SPOILER ALERT TO HETERO MALES: no women do, mkay? so don't even try.)

this is why if you are going to catcall me for appreciating my curves, or me being lower on your perceived hierarchy of things to assert your power over....just be nice. say, "have a nice evening," and be on your merry fucking way. that way i can also wish that you "have a nice evening for not singling me out for being a piece of meat pathetic female" without wanting to rip your adams apple from your throat.

thoughts between cups of tea

today i pay the universe back. someone very dear to me once did something for me i cannot possibly repay. and today i have the chance to pay the universe back.
i can't say this will be easy or that i will not break down. i remember picking up aforementioned person after implied "thing (and/or) action," and he was sobbing. that memory sticks in my mind like toffee candy in my mouth. it's not a good thing, but it's not a bad thing either. it's certainly not neutral.
and now, on my way to doing what it is i'm going to do, i make a couple of cups of tea. the first one wakes me up. the second makes me pause. someone else very dear to me gave me those various blends of tea for my birthday. it's such a small gesture that means so much to me. tea nourishes my mind, my soul. and in these moments, even though i'm not around him, i feel his warmth, love and good nature through those cups of tea. and for that, i'm eternally grateful for the opportunity to tell him, very simply, "thank you."
and now, off to start my day. kthx. baiii.
Posted by calitexican at 9:15 AM 3 comments:

i cannot believe 2010 is gone. it has been fantastic.
a bunch of us decided to go to one of the most desolated areas on the planet for new years, death valley. as we drove in in the pitch black, i could not help but think of both tim burton and david lynch. i would not be surprised at all if they were both inspired by the strangeness of death valley. strange how? that needs to be figured out on your own, but here are a few pictures that perhaps illustrate the pleasant quirkiness of it all. 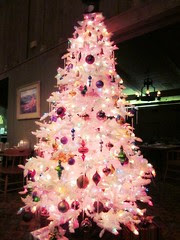 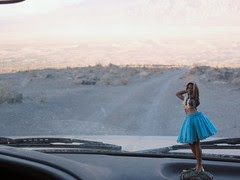 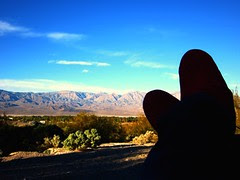 oh yes i am. time to drink in the accents and holiday moods.

time to contemplate and strategize.

calitexican
i used to live in texas. then i rode the bridge to san frooklyn and landed on the west side.